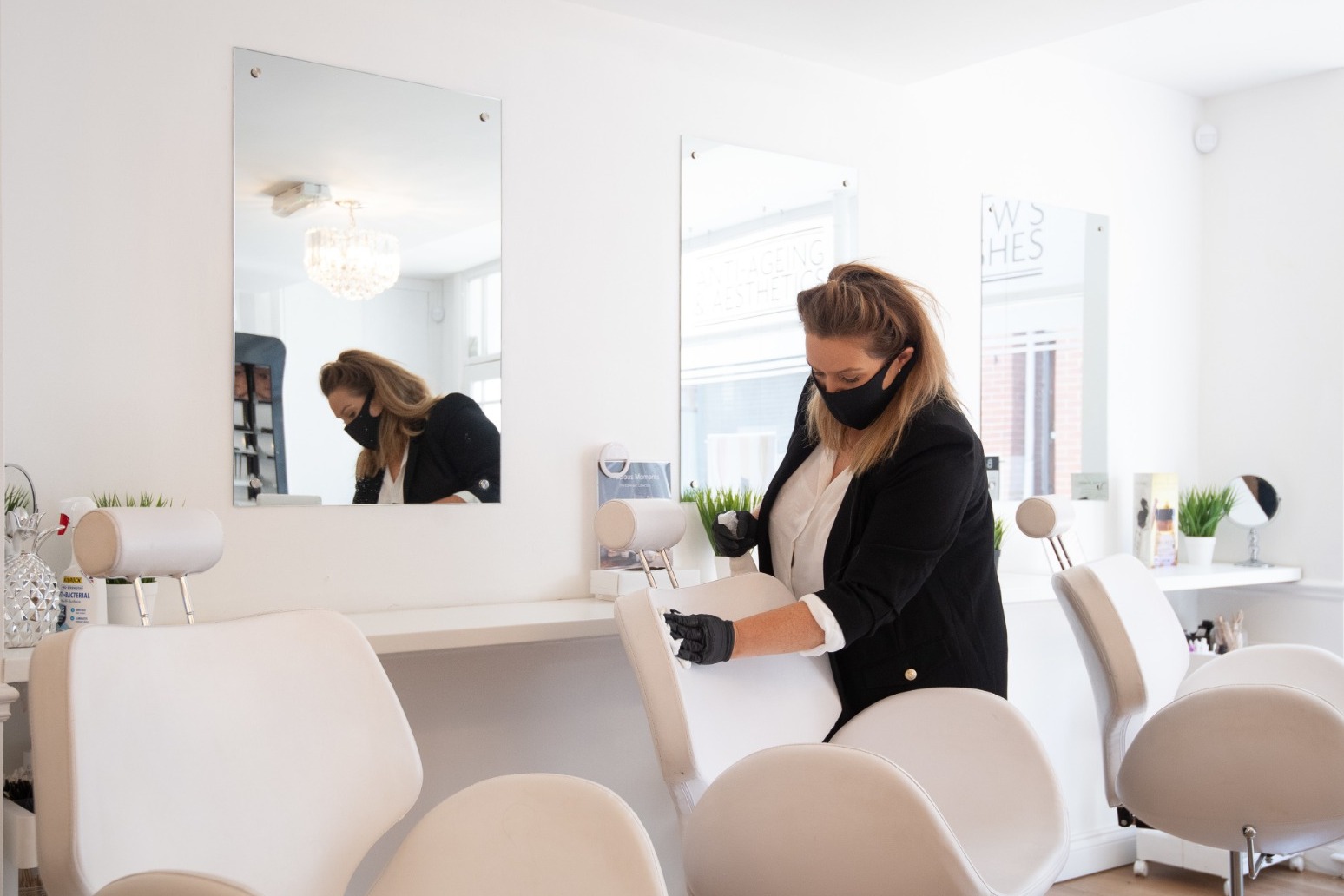 Beauty salons, nail bars and tattoo shops are to open for the first time in four months as part of the latest relaxation of lockdown restrictions in England.

But businesses will be required to meet coronavirus guidelines, and restrictions on treatments which involve work directly in front of the face will not be available.

Government guidance states that face waxing, eyelash treatments, make-up application and facials should not be provided because of the greater risk of Covid-19 transmission.

The relaxation comes as around 200 workers at a farm in Herefordshire were quarantined following an outbreak of coronavirus.

Some 73 positive cases of the virus have been confirmed among workers at vegetable producer AS Green and Co, which is based in the village of Mathon, near Worcester.

A joint statement from Public Health England (PHE) Midlands and Herefordshire Council said employees were being asked to remain on the farm during the period of isolation.

During the harvesting season, the workforce resides in mobile homes based on the farm, so as a precaution the whole group is being treated as “one extended bubble”, according to officials.

The council said it is arranging food and essential supplies for residents on the site while they self-isolate.

Health Secretary Matt Hancock said that there were more than 100 “local actions” taken across the country each week to stem coronavirus outbreaks.

He told the Daily Telegraph that “some of these will make the news, but many more are swiftly and silently dealt with”.

Mr Hancock is expected to review the lockdown in Leicester later this week.

Meanwhile, the debate on mandating face coverings in shops continued, with Cabinet Office Minister Michael Gove saying they should not be made compulsory.

He said that while the policy on mouth and nose coverings in public places was kept under review, he thought it was best to trust the public’s “common sense”.

Yet on Friday Prime Minister Boris Johnson hinted that they may become compulsory in shops, saying he wanted to be “stricter” on insisting people wear them.

In an interview with BBC One’s The Andrew Marr Show, Mr Gove said: “I think that it is basic good manners, courtesy and consideration, to wear a face mask if you are, for example, in a shop.

“I trust people’s good sense. Now of course the Government at all times does look at the emerging evidence about what the best way to control the disease is.

“If necessary, and if tough measures are required and as we have seen in Leicester, obviously a very different situation, then tough measures will be taken. But on the whole… it is always best to trust people’s common sense.”

He also urged people to return to work rather than stay at home to ensure the “economic engines of this country are fired up again”.

Mr Gove’s opposite number Rachel Reeves said the compulsory wearing of face coverings in shops would be a “sensible way forward”.

The shadow Cabinet Office minister told Marr: “I think people are increasingly wearing them but I think some greater clarity from Government about that, I think, would be helpful.”

Pub group Marstons to cut 2150 jobs due to coronavirus restrictions