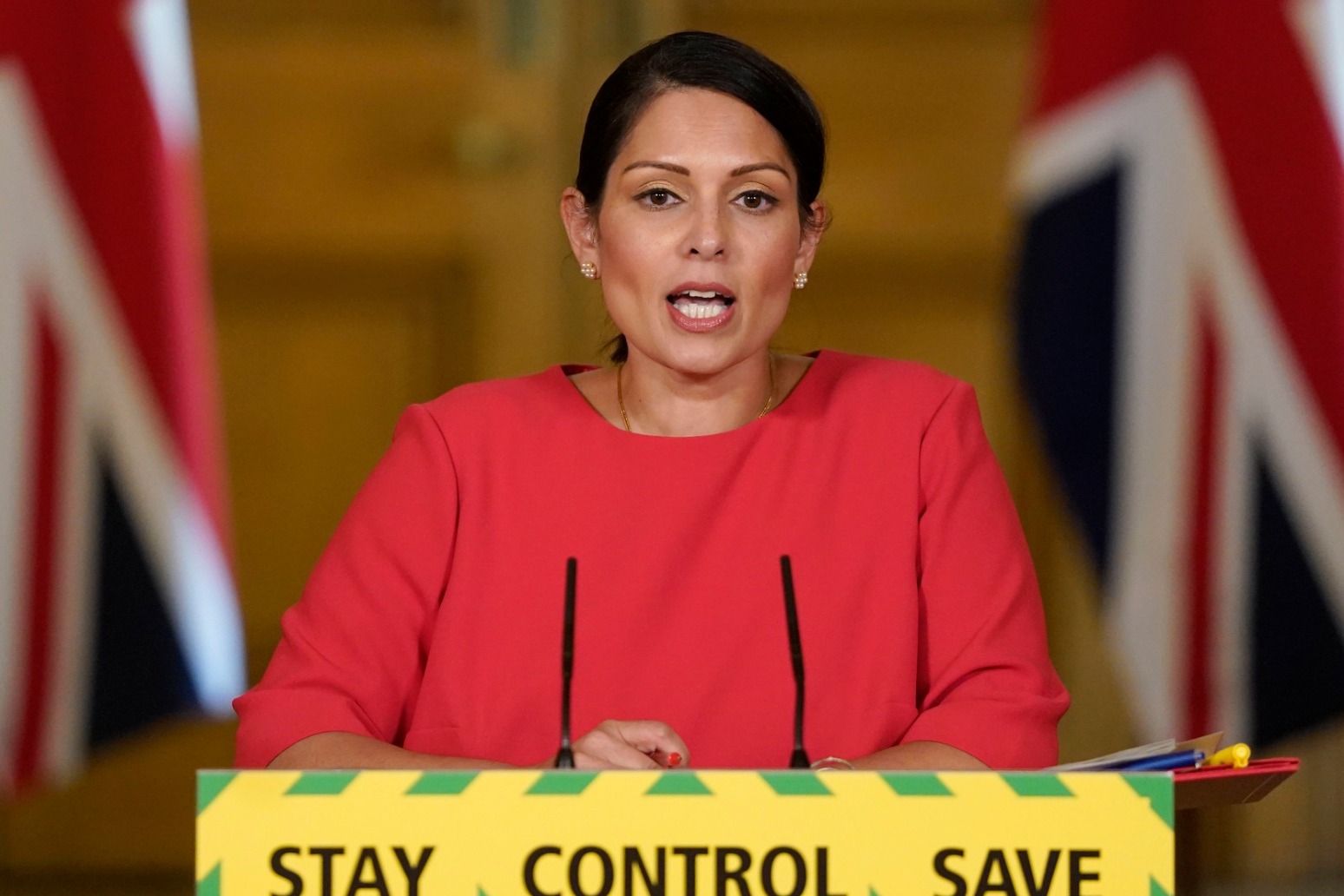 Children could be half as likely to catch coronavirus as adults and teachers do not appear to be at greater risk than other professions, according to new evidence.

The research emerged on Friday as the Goverment’s Scientific Advisory Group for Emergencies (Sage) published papers assessing the impact of relaxing school closures.

Teaching unions and some councils have spoken out against the Government’s plans to begin a phased reopening of schools in England on June 1.

The Guardian and the Mirror reported that he was spotted at his parents’ home in Durham when he was recovering from Covid-19, after travelling from his London home.

A Labour spokesman said: “If accurate, the Prime Minister’s chief adviser appears to have breached the lockdown rules. The Government’s guidance was very clear: stay at home and no non-essential travel.

“The British people do not expect there to be one rule for them and another rule for Dominic Cummings. Number 10 needs to provide a very swift explanation for his actions.”

Durham police confirmed officers had spoken to the owners of an address in the city after reports a person had travelled there from London.

A spokesman for Durham Constabulary said: “On Tuesday March 31, our officers were made aware of reports that an individual had travelled from London to Durham and was present at an address in the city.

“In line with national policing guidance, officers explained to the family the guidelines around self-isolation and reiterated the appropriate advice around essential travel”.

Acting Liberal Democrat leader Sir Ed Davey tweeted: “If Dominic Cummings has broken the lockdown guidelines he will have to resign. It’s as simple as that.”

Close friends of Dominic Cummings said: “He isn’t remotely bothered by this story, it’s more fake news from the Guardian. There is zero chance of him resigning.”

A review of global studies led by University College London found those aged under 20 had 56% less chance of being infected.

However, evidence on how likely children are to transmit Covid-19 remains “inconclusive”, according to the scientific advice used to inform the proposals to reopen schools.

And teachers do not appear to be at a greater risk of catching Covid-19 than other professions – but there is still some risk if schools reopen, scientific advisers said.

The evidence was released as figures showed that the reproductive rate of coronavirus has remained the same for a second week – and ministers came under sustained criticism from some scientists over their handling of the crisis.

Nobel Prize-winning scientist Sir Paul Nurse said the Government had been “too much on the back foot” while Sir Ian Boyd, a member of Sage, said acting earlier would have “made quite a big difference” to the death rate.

They spoke as the number of deaths involving Covid-19 in the UK passed 45,000, according to the latest available data.

The so-called R-number – the average number of people that will contract coronavirus from an infected person – was between 0.7 and 1 across the UK two to three weeks ago – the most recent period for which figures are available.

The rate is the same as the one released last week and remains higher than the previous one, which was between 0.5 and 0.9.

The lack of downward movement is thought to be driven by the continued spread of the virus in care homes and hospitals during the period covered rather than the wider community.

Keeping the R number below 1 is a key goal Prime Minister Boris Johnson has set to allow the continued gradual releasing of the lockdown in the coming months.

Meanwhile, ministers were facing a new backlash as more details emerged of plans to subject international travellers to spot checks and £1,000 fines if they fail to self-isolate for 14 days after arriving in the UK.

Home Secretary Priti Patel outlined the plans – to be introduced on June 8 – at the daily Downing Street briefing on Friday.

Travellers will be asked to fill in a form with their contact information, and health officials will perform spot checks to ensure compliance with the measures.

But Virgin Atlantic warned the plan would keep planes grounded.

“The safety and security of our people and our customers is always our top priority and public health must come first,” a Virgin Atlantic spokeswoman said.

“However, by introducing a mandatory 14-day self-isolation for every single traveller entering the UK, the Government’s approach will prevent flights from resuming.

“We are continually reviewing our flying programme and with these restrictions, there simply won’t be sufficient demand to resume passenger services before August at the earliest.”

The airline instead called on the Government to introduce a “multi-layered approach” of targeted public health and screening measures to allow the safe restart of international travel.

Northern Ireland Secretary Brandon Lewis warned that the quarantine period would apply to British citizens returning from abroad, but said the plans will be reviewed every three weeks.

“The reality is we are saying to people, if you are going abroad, you need to look at the fact you may well need to quarantine when you come back,” he said.

Many other countries already require arriving passengers to enter a 14-day quarantine, including New Zealand, South Africa, South Korea, Spain and the US.

This is despite the World Health Organisation saying in February that measures which “significantly interfere” with international travel “may only be justified at the beginning of an outbreak”.