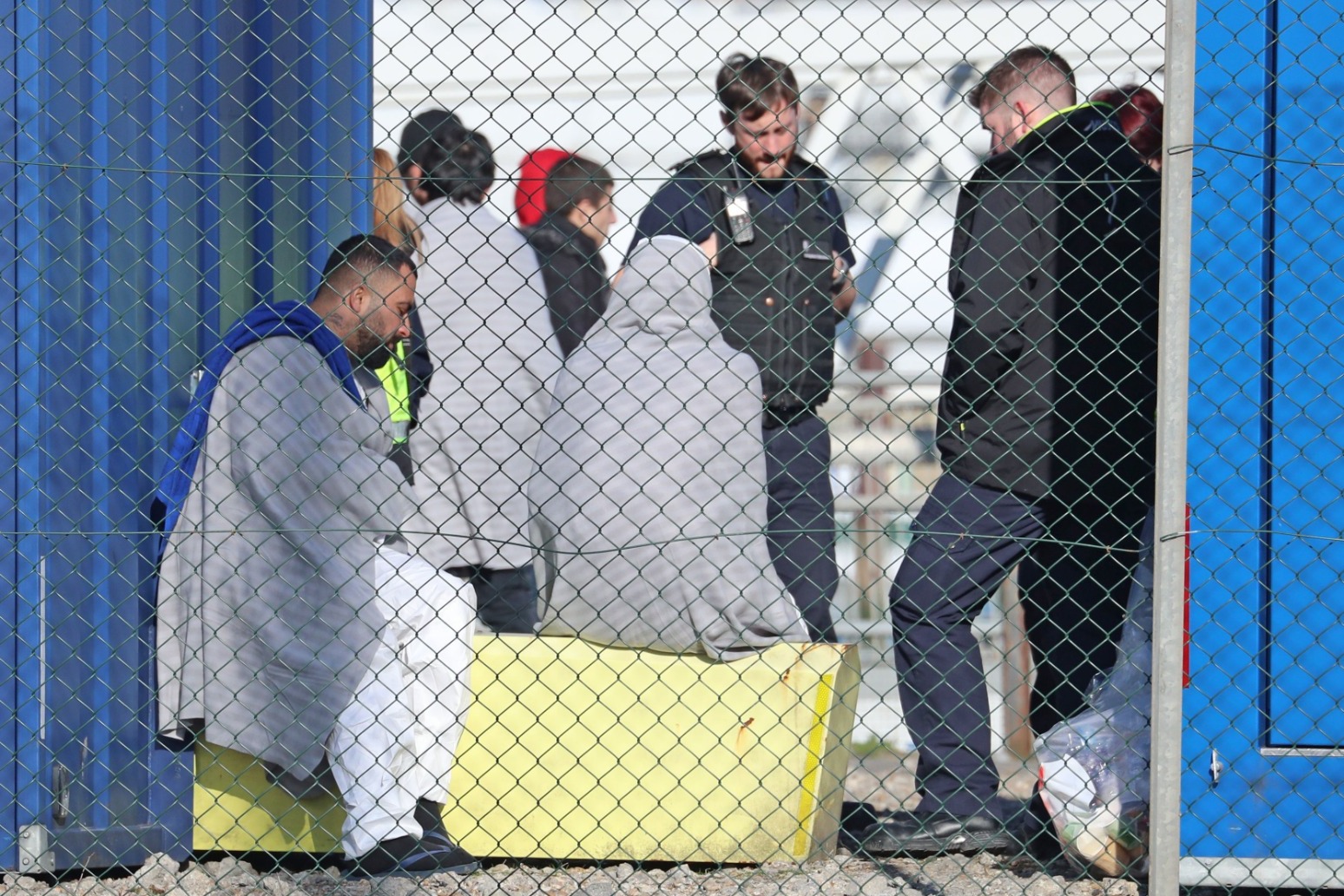 Ruthless smugglers who traffic people into the UK are not going to give up, and more migrants are likely to die as a result.

That’s according to a former head of Border Force

Gangs are harvesting tens of thousands of pounds from vulnerable migrants in far=off countries and promising them entry to mainland Europe and the UK.

On the French coastline, organised crime groups watch the weather, ready to send a “small armada” of migrant boats across the freezing English Channel, while others’ lives are put at risk in lorries and containers.

He said the use of these riskier smuggling methods is a product of Border Force’s success over the years in cracking down on traditional routes like airlines and passenger ferries.

Mr Smith told PA: “We have been playing this continuous game of cat and mouse with the smugglers for a number of years now.”

During his time at the agency Mr Smith saw the tactics used to smuggle migrants into the UK change many times – when UK and French authorities closed one route, another would pop up.

Mr Smith said: “These boat crossings started in 2018 as a sort of alternative measure to try and get people here – in some ways we were the victims of our own success.

“This was the next big thing.”

He said the supply chain begins in Asia, where “donkeys” or “couriers” go round villages promising that they can get people to Europe – if they can pay a sum like £10,000 either up front or after they arrive.

“It isn’t uncommon to find that people were recruited by smuggling gangs in their own backyard and offered passage.”

Once inside the EU, the lack of border controls means migrants can move all the way to the French coastline, where they are then loaded on to inflatable dinghies and sent out into the treacherous English Channel.

“We may suddenly see a small armada turning up.”

Often the boats need only get into British waters before calling 999 for the Coastguard, Mr Smith said, as they will be taken to the UK where their asylum claims can be processed.

In this situation the preservation of life is paramount, he added.

Over two days last week 192 migrants were picked up trying to cross the busy waters of the English Channel.

Mr Smith said: “We have done more recently than we ever have done to disrupt the gangs.

“The problem is the supply chain is not going to go away while there is still a pull factor – the UK is very attractive.”

He said that unless the UK stopped observing international asylum law and instead started taking all migrants back to Europe, this is likely to continue.

“Smugglers are not going to give up. People are going to die.

“I would not at all be surprised if we saw more deaths in containers and also more drownings in the Dover straits.

In October police discovered the bodies of 39 Vietnamese nationals in a refrigerated container in Essex.

Mr Smith said this tragedy demonstrates how difficult it is to police the contents in containers.

He gave the example of the Port of Felixstowe, where thousands of containers are docked every day.

“We are not in a position to scan all of those containers.”

Asked about deaths in containers like what happened in Essex, Mr Smith said: “I am very worried there will be more.”

Bella Sankey, director of Detention Action, called for a “Global Britain” to provide “safe and legal routes” for those seeking asylum.

She told PA: “By shutting down ordinary routes for people to seek asylum in the UK, it has encouraged ever more dangerous smuggling operations that become a last resort for those desperate enough to put themselves in smugglers’ hands.

“A ‘Global Britain’ would provide safe and legal routes for those fleeing torture and persecution.”

VAR controversy as Wolves and Leicester ends in stalemate

First fatality from coronavirus outside China