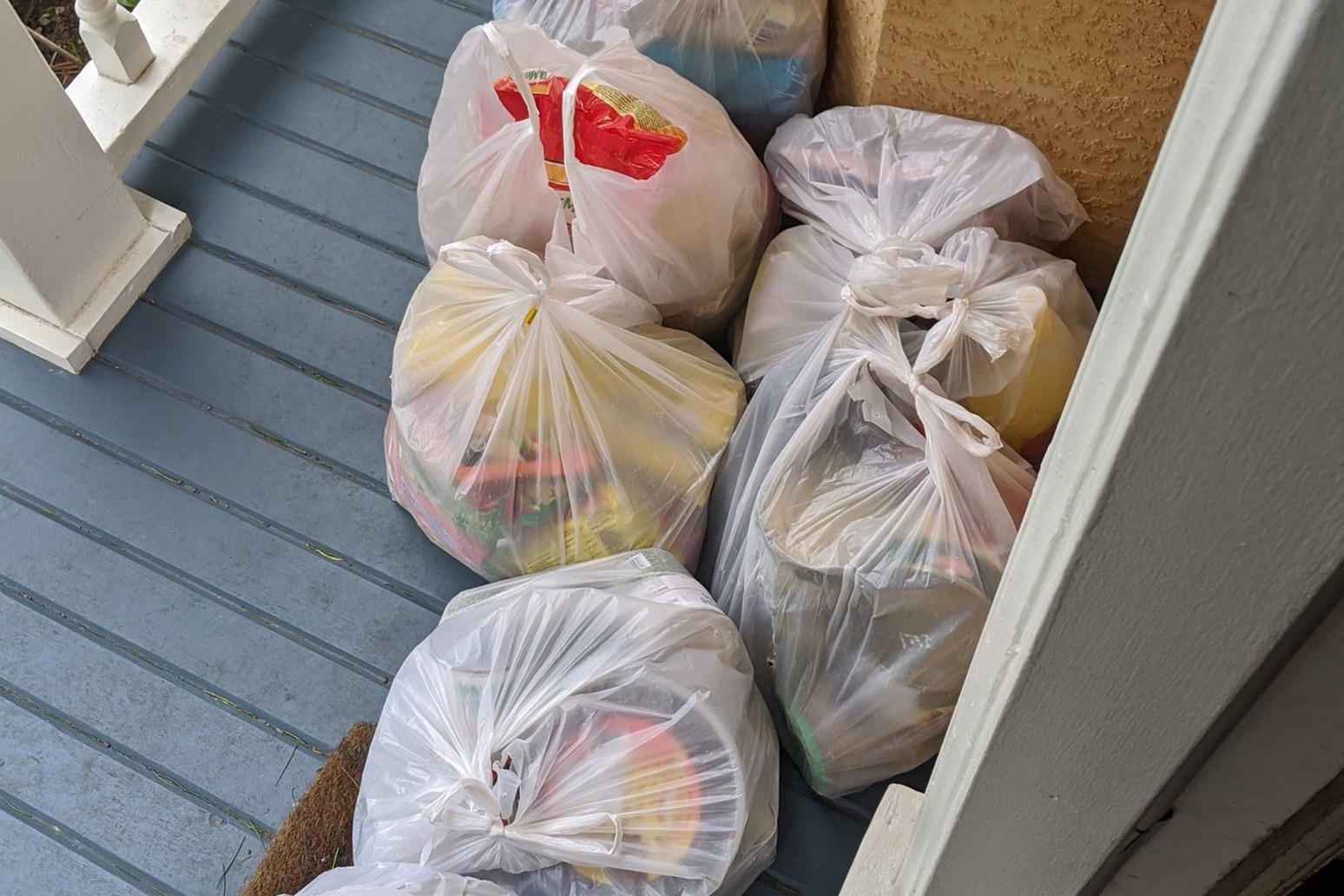 After sponsoring a refugee family to move to Canada, one Vancouver Island resident found her kindness repaid when they brought her a food parcel while she was self-isolating. Robin Stevenson, originally from Leeds, found herself having to stay inside her house after returning from Mexico in early March.

After returning home, Robin received a phone call from a Syrian family she had help immigrate to North America in 2016, and who now run a local grocery store.

Robin, a children’s and young adult author, said: “They told me there was food on my porch. They waved from the sidewalk and said that they could bring more food in a few days if needed – though I think there is enough here that even with a teenager in the house, we should be just fine.

“They are kind and incredibly generous people and we’ve become good friends over the past few years. It’s been lovely seeing the kids grow – the smallest was just a baby when they came here. I am sure we will always be connected.”

Robin has been involved in a number of refugee sponsorships in the last four years.

She said: “One thing that I have seen over and over again is just how much newcomers help others and contribute to the communities they resettle in.

“Canada is better and stronger because of the refugees who have come here – and while no one should be forced to leave their country, we are lucky to have them.”

More than 2,590 people have been diagnosed with the Covid-19 coronavirus in Canada, and 25 people have died.

Over the weekend, Prime Minister Justin Trudeau said it was not yet necessary for Canada to declare a national state of emergency, but he pleaded with all Canadians to stay home and avoid all non-essential visits.

Robin said: “I am just hoping that everyone who is able to will protect others who are more vulnerable by staying home as much as possible.

“And I’m hoping that we can all be as kind as possible during this difficult time – lookout for others who may need help, and do what you can to help each other through this. “