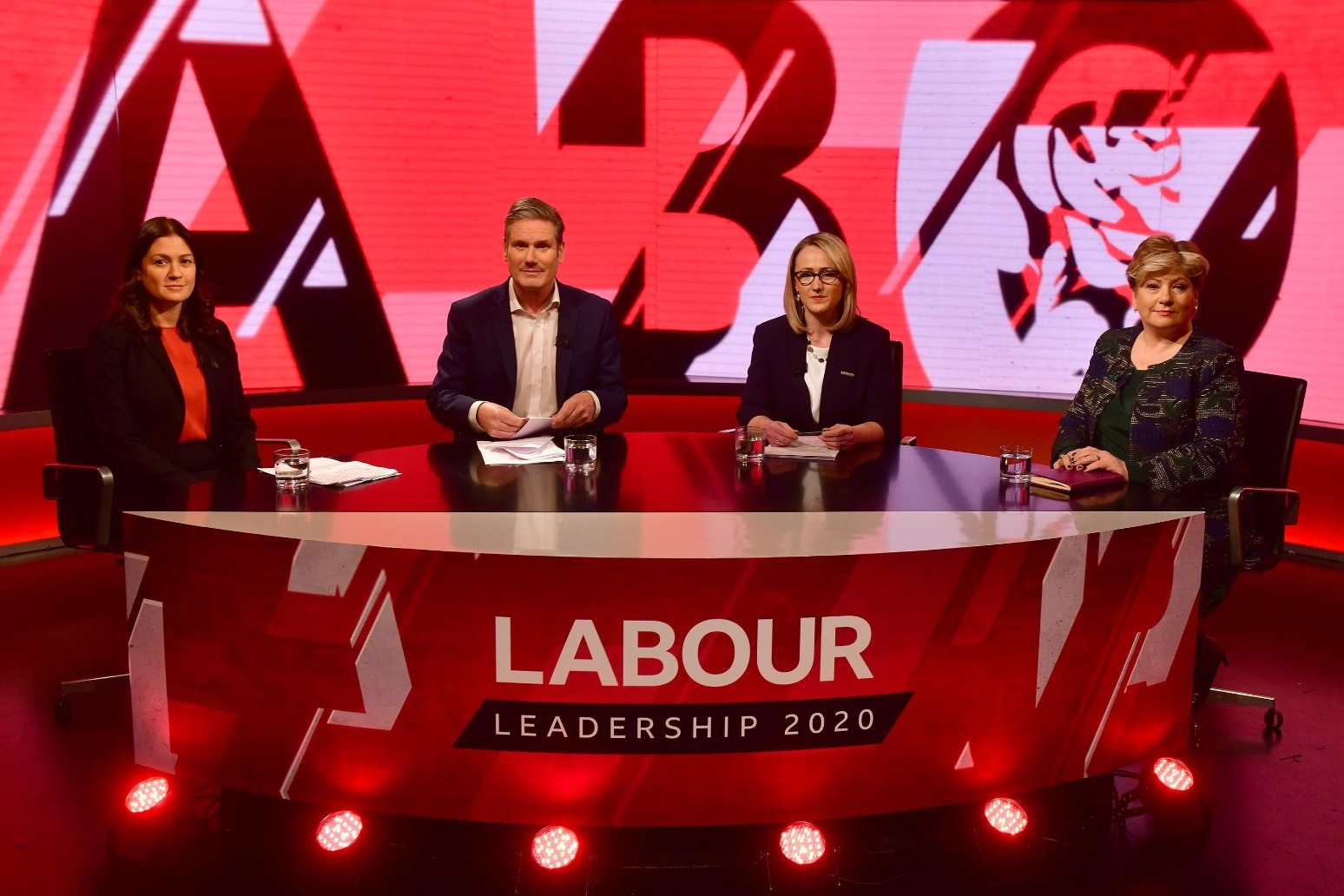 Emily Thornberry has been eliminated from the Labour leadership contest after narrowly failing to secure the nominations she needed.

At the midnight Friday deadline, the shadow foreign secretary had 31 nominations from local constituency parties – two short of the 33 she required to go forward.

She did not get any nominations from Labour Party affiliates – the other route onto the ballot paper.

The three other candidates still in the contest – Sir Keir Starmer, Rebecca Long-Bailey and Lisa Nandy – had already obtained the nominations they needed.

They now go through to the online and postal ballot of party members and registered supporters which opens on February 24.

Following the confirmation of the result, Ms Thornberry said it was a “shame” she had not gone through, but praised her “brilliant” campaign team.

“We had a standing start after the election, and operated on a shoe string, but we gave it everything,” she said in a statement.

She paid tribute to the party supporters determined to fight back after December’s general election defeat at the hands of the Tories.

“It was on their behalf that I stood for the leadership, because I’ve always believed we are at out best when – from the dispatch box to the doorstep – we are one, united fighting force, taking on the Tories and standing up for the communities we represent.”

Ms Thornberry had struggled for support throughout the contest.

She only scraped through the first round of nominations by Labour MPs and MEPs with 23 votes – one more than the 22 required – after Clive Lewis dropped out.

In part of a last-ditch effort to remain in the contest, she announced she would bring in public sector pension reforms if she took Labour into Downing Street.

The opposition frontbencher told Politics Home she planned to give workers access to their pension pots before they retire in a move designed to ease Government debt and boost the economy.

She admitted she had suffered from a “squeeze” by the “monolithic” campaigns of Sir Keir and Ms Long-Bailey.

The final result of the election will be announced at a special conference in London on April 4.

UK braced for second storm in as many weeks

VAR controversy as Wolves and Leicester ends in stalemate