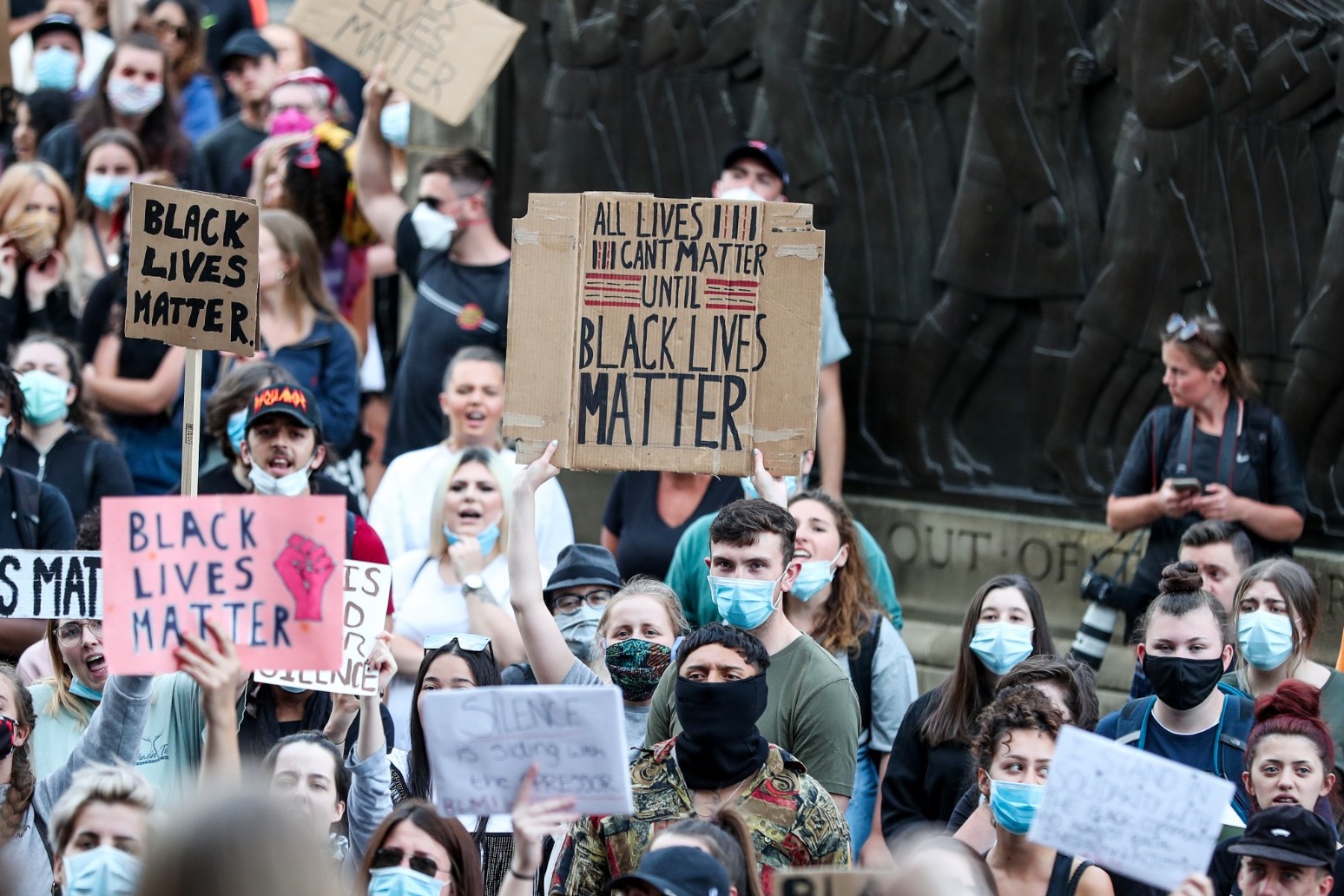 An anti-racism campaign group is urging Britons to “take the knee” on their doorsteps for a socially distanced protest.

It’s in solidarity with protesters in the US.

Stand Up to Racism (SUTR) has organised the protest for 6pm on Wednesday as part of a day of action against discrimination in response to the death of George Floyd in police custody in Minneapolis.

The 46-year-old African American died last week after a police officer held him down by pressing a knee into his neck, provoking riots in many US cities and demonstrations across the world.

SUTR said the campaign was inspired by the kneeling protest staged by American football star Colin Kaepernick in 2016 that has become synonymous with the Black Lives Matter movement.

A separate protest has been planned in London’s Hyde Park at 1pm on Wednesday, while a further demonstration is scheduled for 1pm on Saturday in Parliament Square.

On Tuesday, hundreds of people gathered outside St George’s Hall in Liverpool as part of a separate Black Lives Matter protest.

Merseyside Police said in a tweet that while it recognised people’s right to demonstrate peacefully they should still adhere to social distancing guidelines.

It comes as a review by Public Health England found black, Asian and minority ethnic (BAME) people are at significantly higher risk of dying from Covid-19.

Campaigners are now calling for a public inquiry into the disproportionate impact of Covid-19 on BAME communities.

Weyman Bennett of SUTR said: “Racism is the underlying condition that continues to kill black and BAME communities.

“Take the knee at 6pm because there is a boot on the neck of millions of people in the BAME community.

“Part of the cure for the virus of racism is to embrace anti-racism and anti-fascism.”

“We call on people to ‘take the knee’ on their doorstep in solidarity with George Floyd, at 6pm, Wednesday 3 June. We stand for justice for George Floyd and say Black Lives Matter.”

Speaking at her daily briefing in Edinburgh, she said: “Right now, it is the case, unfortunately and regrettably, that large gatherings of people could pose a risk to health and indeed to life.

“We need to find ways of allowing people to make their voices heard and to make the points that many of us want to be made and to be heard right now, but to do so in a way that is safe and is not putting people protesting or wider communities at risk.”

The Met Police said its approach was to engage with protesters and encourage them to follow social distancing rules.

Last Sunday, thousands of people took part in Black Lives Matter protests in London’s Trafalgar Square and outside the US embassy, while demonstrations were also staged in Cardiff and Manchester.

Thousands of people in Dublin protested outside the US embassy on Monday.

There were 23 arrests in London on Sunday, at least three of which were for breach of Covid-19 legislation.