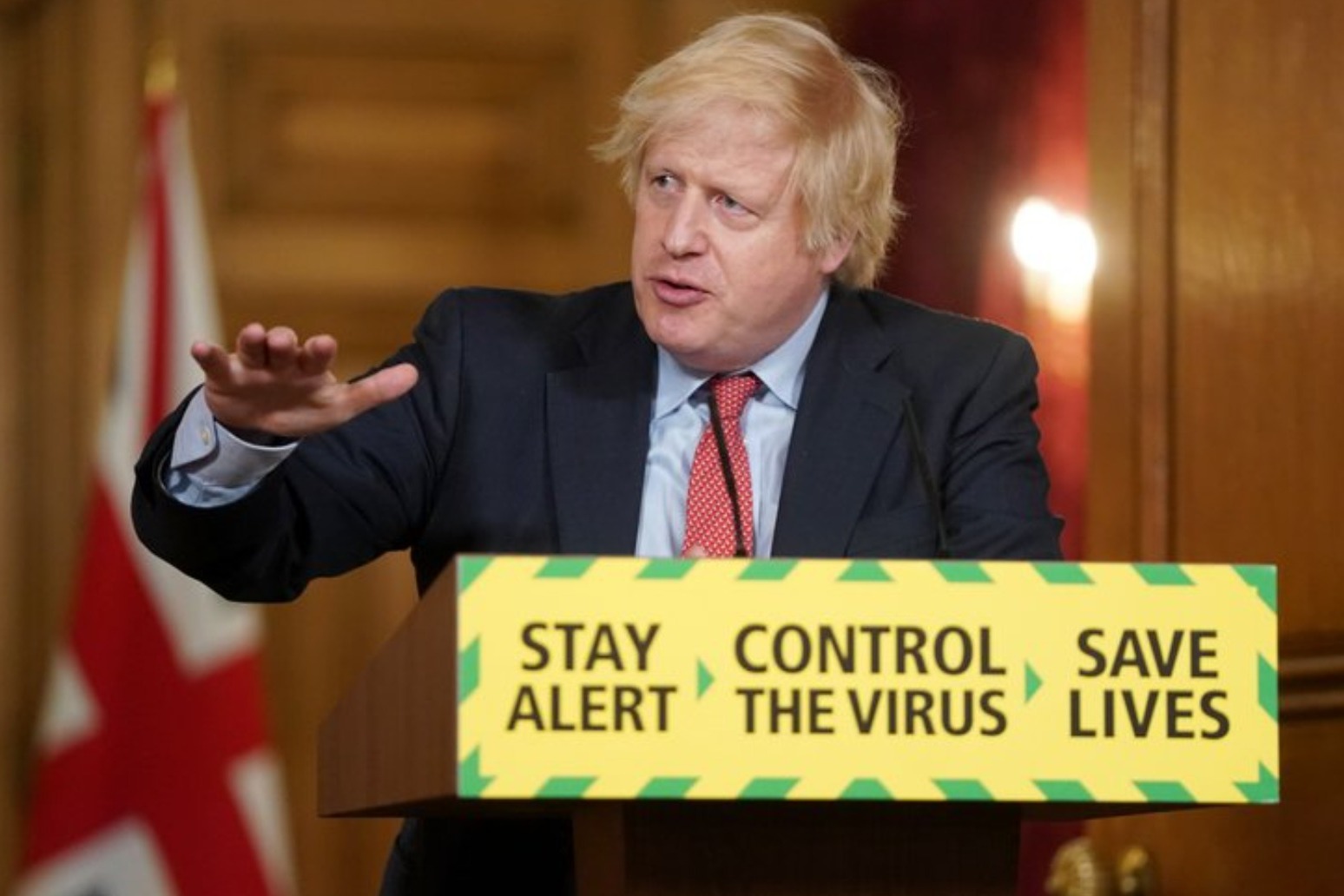 Boris Johnson is considering reducing the two-metre social-distancing restriction to allow schools in England to reopen fully by September.

Labour leader Sir Keir Starmer criticised the Government’s efforts to get pupils back into class, using an article in The Daily Telegraph to claim “mismanagement” was putting at risk both the welfare and education of children.

The newspaper reported Mr Johnson is looking at following World Health Organisation advice and cutting the distance people should remain apart from two metres to one – guidance already followed by countries including France, Denmark and Singapore.

At Prime Minister’s Questions on Wednesday, he promised to “keep that two-metre rule under constant review”.

As well as helping to make it easier for schools to open, slashing the social distancing restriction could help pubs and restaurants to start-up again, with Business Secretary Alok Sharma this week accepting that “for economic reasons, businesses will want to take a look at this two-metre rule”.

In a sign the Government could be preparing to announce a change, Sir Patrick Vallance, the UK’s chief scientific adviser, said at the daily Downing Street press briefing the two-metre advice was “not a rule”.

Sir Keir called on the PM to act now to not risk missing his new target of all pupils returning to school by September after a U-turn on ambitions for all primary-aged children to have teaching time this term.

Education Secretary Gavin Williamson was forced to admit defeat this week over plans for primary schools to fully reopen after some head teachers complained they could not limit class sizes to 15 pupils while taking in more year groups.

Sir Keir said “creativity” was needed to utilise empty buildings across Britain, including theatres, museums and libraries, so they could be “repurposed” as makeshift classrooms to ensure schools can resume fully after the summer holidays.

The debate over the two-metre guidance and schools reopening comes as further lockdown easing for England was announced by Mr Johnson.

Some couples kept apart by lockdown restrictions will be able to reunite on Saturday and some grandparents will be able to hug their grandchildren as part of the PM’s plan for “support bubbles”, allowing adults living alone or single parents to mix with one other household.

They could interact as though they were one household, spending time together indoors, not having to follow the two-metre rule and would be allowed to stay overnight.

At the press briefing, Mr Johnson said: “We are making this change to support those who are particularly lonely as a result of lockdown measures.”

– Data will be made available about the NHS test and trace service for the first time, with ministers so far only confirming that “thousands” of people had been contacted by the 25,000-strong team since it started up last month.

– In Northern Ireland, Stormont ministers will meet to discuss changes to lockdown restrictions.

– HM Revenue and Customs will publish the first detailed statistics on the Coronavirus Job Retention Scheme – known as the furlough scheme – with information to cover the period up to June 1.

– Analysis of the potential impact of coronavirus on household spending in the UK will be released by the Office for National Statistics.

As the latest move to ease England’s coronavirus restrictions was announced, an expert who had advised the Government suggested that imposing the lockdown a week earlier in March could have halved the death toll.

Professor Neil Ferguson’s comments came as the number of deaths involving Covid-19 in the UK passed 52,000, according to analysis of the latest available data.

The Imperial College London academic told the Commons Science and Technology Committee: “The epidemic was doubling every three to four days before lockdown interventions were introduced.

“So, had we introduced lockdown measures a week earlier, we would have reduced the final death toll by at least a half.”

Prof Ferguson’s modelling of the infection was instrumental in the lockdown being introduced but he later quit the Scientific Advisory Group for Emergencies (Sage) panel advising ministers after flouting the restrictions.

Asked about Prof Ferguson’s claim, Mr Johnson said “all such judgments will need to be examined in the fullness of time”.

Culture Secretary Oliver Dowden, when asked about the professor’s remarks on ITV’s Peston programme, said: “There will be a time when we need to look at the lessons.”